Hopefully you’ve been adding documents to OneDrive, including some PDFs.

One feature that was recently added to the mobile app (download iOS  app here, unfortunately this feature isn’t available in Android yet) is the ability to mark up PDFs right in the app.

It’s baked in and simple to use. Follow the steps below to get going.

Markup a PDF in OneDrive for iOS

OneDrive OneDrive for Business
Use the Markup tool in OneDrive for iOS to add notes, text, pictures or freehand markup to PDF files.When you open a PDF file from OneDrive on your iPad, iPhone or iPod Touch, the Markup tool appears at the top, along with other common PDF commands such as print or search.

Tap any markup to select it, or tap the Select tool on the Markup toolbar and then tap and drag across the markup you want.

Drag the box corner handles to change the size or shape, or move it. A set of tools and commands also appears, with options including Copy and Delete. 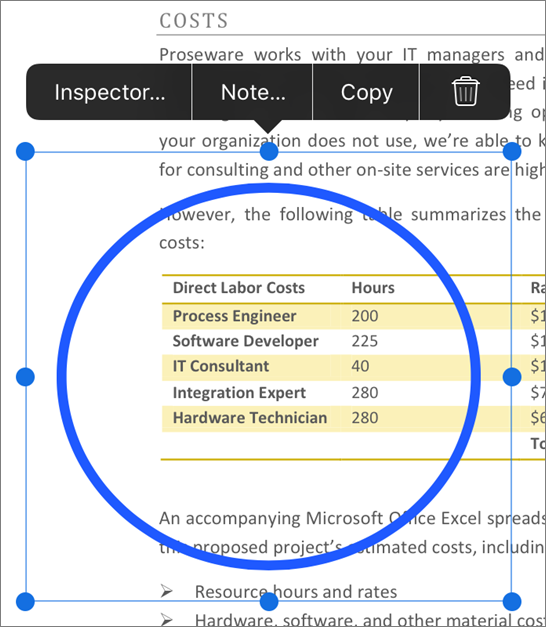